What is STR DNA analysis and why is it important in forensics? Approximately 99.9% of your DNA is identical to every other human that is alive or has ever lived. The remaining 0.1% varies between individuals, absent identical twins, which gives each of us a unique set of traits such as height, skin, hair, and eye color, curly or straight hair, etc. Forensic DNA analysis exploits the varying genetic differences in this 0.1% of DNA to estimate, for example, how likely a crime scene stain such as blood or semen originated from a person of interest.

Under a couple of assumptions about how DNA is transmitted to offspring, every individual, except identical twins, has a unique forensic genetic profile. This genetic profile is produced by analyzing several different genetic markers, or loci, located mostly on different chromosomes. These loci contain short repetitive sequences that are distinguished by how many times they repeat.  Each locus has two forms, or alleles, with one inherited from each parent. Each locus has a finite number of alleles so unrelated individuals may share alleles at any given locus. The combination of alleles across multiple loci makes a genetic profile unique.

Regions of DNA containing forensic STRs are amplified using the polymerase chain reaction (PCR) creating billions of copies of the genetic markers that can be detected using a genetic analyzing instrument. Recently you may have heard the term PCR used to describe a type of COVID test. PCR is employed to amplify a portion of the SARS-CoV-2 genetic code such that it can be detected.

Our forensic DNA analysts use case information in an unbiased holistic approach to evidence examination. This approach helps the analyst target specific items of evidence and even a specific area of an evidence item, saving time and money, and maximizing the potential for finding pertinent human biological material to help resolve cases.

By stepping back and analyzing the big picture, reviewing the entirety of the case or incident from a birds-eye view, we aim to ensure the highest probability of success when analyzing evidence.  Additionally, our forensic DNA analysts are skilled in the handling and analysis of challenging samples such as those with minute amounts of DNA and aged, or degraded, DNA.

We have had the privilege of assisting prosecutors and defense attorneys from across the country with cases involving evidence items with complex, mixed biological material and limited biological material that may be aged and degraded. Our forensic DNA analysts have worked on hundreds of criminal and civil cases, and conducted over 100 post-conviction DNA-based investigations that have earned us national acclaim. Our work has also led to the exoneration of over 50 wrongly convicted individuals, including several that had been sentenced to death. 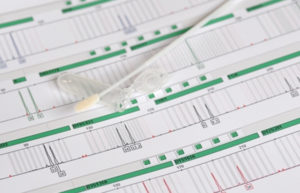 We take great pride in our DNA capabilities, which include:

There are two main aspects of forensic DNA analysis that produce useful genetic profiles. The first is the ability to locate pertinent human biological material on evidence items and the second is the ability to recover, handle, and analyze DNA in a way that maximizes the potential for useful results. We distinguish ourselves in both aspects Our forensic DNA analysts use care and expertise to succeed at obtaining useful genetic profiles where other labs might fail.

Our laboratory adheres to a strict quality assurance/quality control program. Our DNA Evidence and Forensic Biology section is accredited by ANAB to the current ISO/IEC 17025 international standard and FBI QAS for biological screening and autosomal and Y-chromosome STR analysis in forensic casework. We maintain a trusted relationship with Acadiana Criminalistics Laboratory in New Iberia, Louisiana, that permits unknown suspect DNA profiles  for search in the FBI CODIS database.

This careful approach to evidence examination and sampling accounts for the success of our lab when other labs have failed.  If you send your evidence to us, you can be assured that your evidence will be in the best possible hands.

FACL employs STRmix™ Probabilistic Genotyping Software for DNA profile interpretation. Over the course of the last 25 years there have been many changes and improvements in the technology for obtaining DNA profiles. Significant improvements in the sensitivity of instrumentation and genotyping kits that target more genetic markers, have increased the detection of mixed DNA from multiple individuals. Before probabilistic genotyping, DNA results were interpreted by individual analysts using binary methods. With complex mixtures, or marginal results, this often led to multiple, and at times contradictory, interpretations of the same evidence profile, or worse, no interpretation. Probabilistic genotyping uses the data of each allele detected in an evidence profile to work out the probable genetic profiles of each contributor. This has led to vast improvements in profile interpretation and confidence that the interpretations are as accurate as possible.

Probabilistic genotyping software is a clear technological advantage in interpreting genetic data and in determining the likelihood that a specific individual is a contributor. However, just like the older methods the role of the DNA analyst is critical. The DNA analyst must understand the basic underlying biological model, the assumptions that went into the analysis, and the diagnostics of the interpretation. By working with FACL you are assured that any genetic profile data obtained for your case will be interpreted correctly by an expert with knowledge of the strengths and weaknesses of the data and the software.