September 28, 2020
DNA TestingComments Off on DNA TESTING AT FACL KEY TO THE RELEASE OF INNOCENT MAN AFTER 37 YEARS OF WRONGFUL IMPRISONMENT 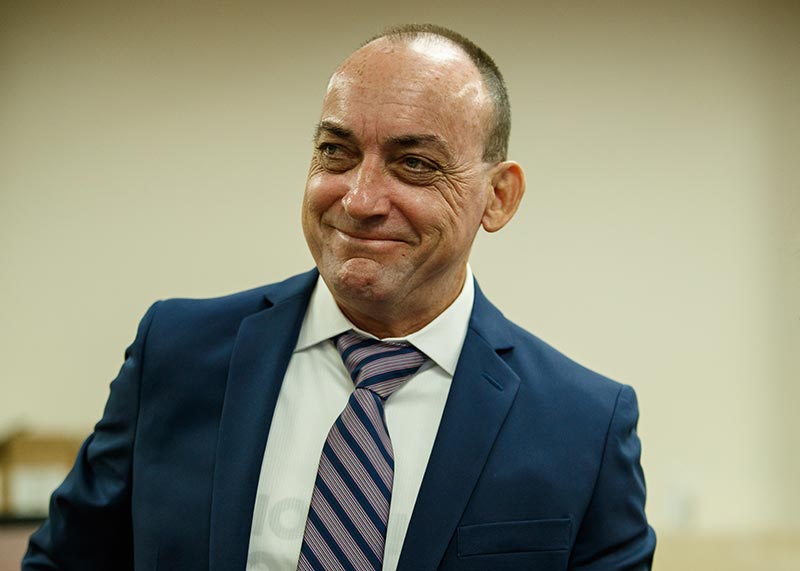 On the morning of August 19, 1983, the body of a 19-year-old female was found behind a dental office in Tampa, Florida.  It was determined she had been sexually assaulted and beaten to death.  The Hillsborough County Medical Examiner reported a pattern injury that resembled a bite mark on the victim’s face, believed to have been inflicted around the time of her death.  Once the injury was confirmed as a bite mark by a forensic odontologist, authorities began collecting bite mark impressions from persons of interest, including 18-year-old Robert DuBoise.  DuBoise, knowing he had nothing to do with the crime, consented to having his teeth impressions collected.  However, the forensic odontologist concluded that DuBoise’s teeth impression matched the bite mark on the victim.  This evidence, in conjunction with incriminating testimony provided by a jailhouse informant, led to DuBoise’s arrest and conviction.

DuBoise always maintained his innocence and began his fight to overturn his conviction in 2006.  Unfortunately, the bulk of the physical evidence was destroyed in 2000 as part of a routine purge by the local crime lab.  As such, in 2007, DuBoise’s request for a review was denied because it was believed no physical evidence survived.  The case was taken up by the Innocence Project in 2018 based on the unreliability of the two evidentiary items used to convict DuBoise in 1983 – bite mark analysis and snitch testimony.

However a critical break occurred in July 2020 when a search of the Hillsborough County Medical Examiner’s Office led to the discovery of vaginal, rectal, and oral smear slides prepared from the swabs collected as part of the victim’s sexual assault kit in 1983.  Semen had been identified previously on the swabs.  This evidence was sent to FACL for DNA testing on August 9, 2020.  All three slides had been stained and mounted with coverslips in 1983.  At FACL, a low number of sperm cells were identified on all three slides.  After meticulously removing the coverslips and mounting medium and harvesting the cellular material, sperm DNA was isolated from all three slides.  The vaginal swab smear slide produced a sperm DNA fraction with the most male DNA, and this DNA produced a mixture profile from which two male DNA profiles were deduced and searched in CODIS.  The CODIS search identified the major sperm source as an offender already in custody for similar crimes.

With this new evidence the Innocence Project, in concert with Florida’s Conviction Review Unit, moved quickly to secure Mr. DuBoise’s release and to vacate his conviction.  On August 27, 2020, thirty-seven years after being falsely convicted and sentenced to death for rape and murder, but in less than three weeks after the evidence was received at FACL, Robert DuBoise was released from prison.  On September 14, 2020 Mr. DuBoise’s conviction was vacated. 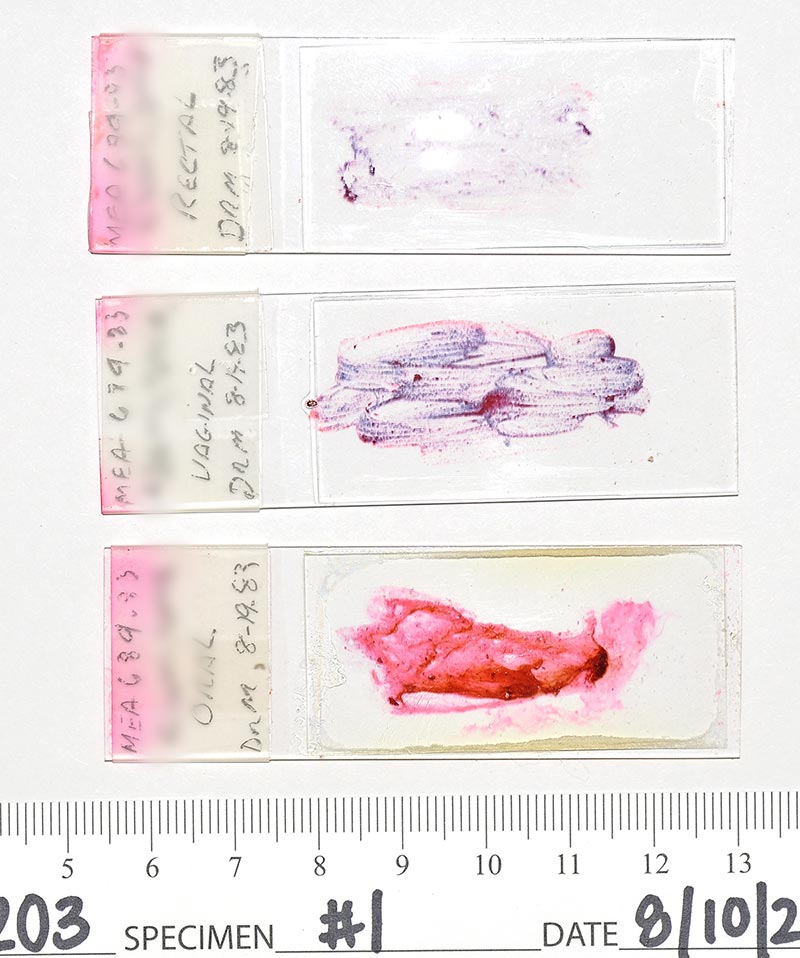 The 3 smear slides, the only remaining evidence, which were used to prove DuBoise’s innocence. 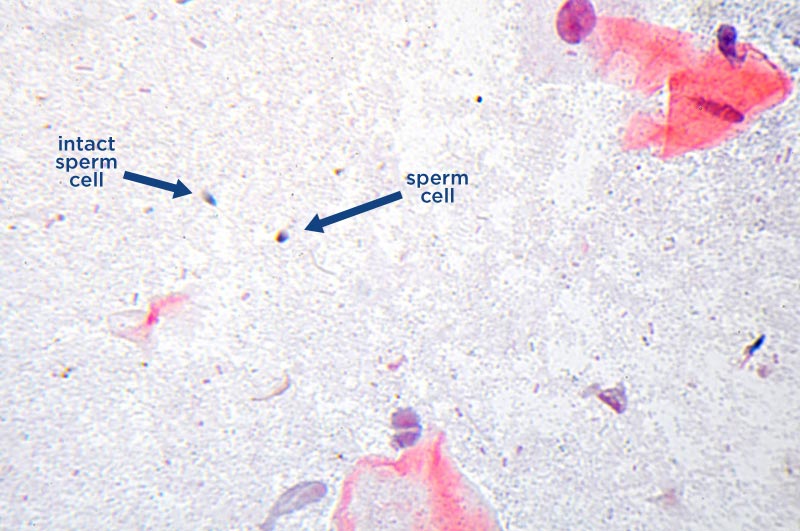 Photomicrograph of the victim’s vaginal smear slide showing the paucity of sperm cells available for harvesting.

Biological material preserved on microscope slides is not routinely tested evidence because typically the parent specimens (e.g. a vaginal swab used to prepare the smear slide) are available.  In addition, the sampling process is time-consuming and cannot be automated.  The original staining procedure, subsequent storage conditions, and the passage of time can be deleterious to DNA.  Also, the adhesive used to seal mounted microscope slides can be difficult to remove.  Because of these hurdles, some laboratories do not process microscope slides.  Analysts at FACL have been processing microscope slides, and other difficult evidence specimens, for DNA testing for over 28 years, in hundreds of cases from across the country including over 160 post-conviction cases, with similar successes.

On August 10, 2020 we received the newly discovered evidence and less than 3 weeks later Robert DuBoise walked out of a prison in Florida as a free man.  At FACL, we take pride in employing the same thoughtful and thorough approach employed in the DuBoise investigation to every case.

We encourage you to read more about the DuBoise case from the following sources:

From The New York Times: DNA Evidence Exonerates Man in 1983 Rape and Killing, Prosecutors Say. Prosecutors in Hillsborough County, Fla., said Robert DuBoise, 55, had been wrongfully convicted. On Wednesday, they moved to free him after he spent 37 years behind bars.

From The Tampa Bay Times: After 37 years, he’s free. Exonerated man walks out of Florida prison